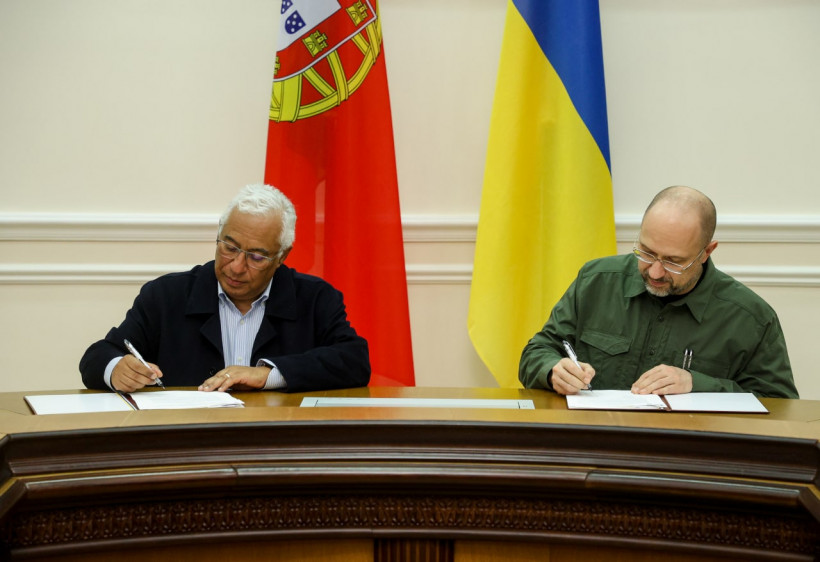 "This significant agreement will help Ukraine maintain macroeconomic stability during the war and will allow it to recover sooner after its end. Victory will be ours, we have no doubt. We feel the support of the whole of Europe and the whole civilized world," stressed Denys Shmyhal.

The memorandum, in particular, envisages the disbursement to Ukraine by the Government of Portugal of funding in the amount of up to EUR 250 million. Ukraine is to receive the first tranche of up to EUR 100 million this year. The funds will be provided mainly through the International Monetary Fund. Moreover, it is possible to involve other EU Member States and multilateral institutions.

The Prime Minister of Ukraine thanked the Government of Portugal for the support it had already provided in the fight against the russian aggressor: financial, humanitarian, defense and technical.

"This helps the Ukrainian nation to confidently defend their freedom, land and democracy," emphasized Denys Shmyhal.

The Head of the Ukrainian Government thanked Portugal for it had sheltered Ukrainian citizens, for the decision to resume the work of the Embassy of Portugal in Kyiv and personally to Prime Minister of Portugal António Costa for his visit to Kyiv and Irpin.